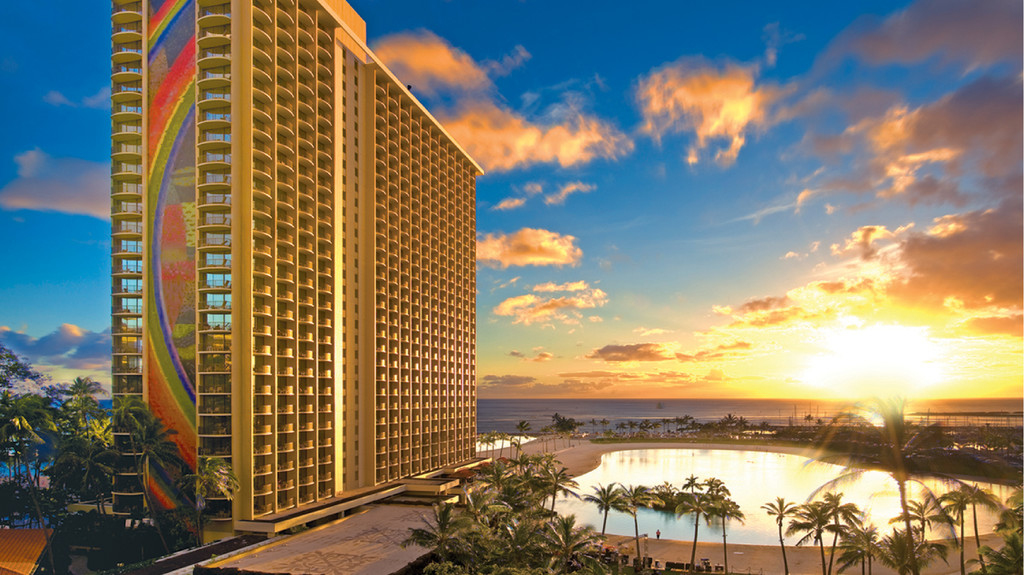 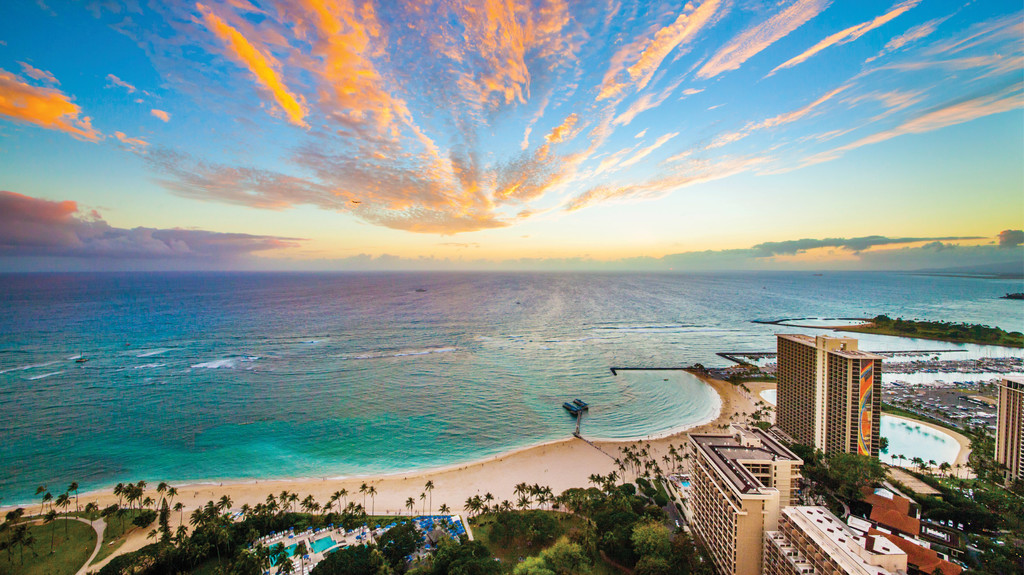 Synonymous with Waikiki, the two-sided Rainbow Mural was known as the World's Tallest Mosaic when it was first revealed in 1968. Designed by the iconic Millard Sheets, the two mosaics adorn the sides of the Hilton Hawaiian Village’s 31-story Rainbow Tower. They measure 286 feet high by 26 feet wide, and originally consisted of more than 16,000 hand-painted ceramic tiles. The focal point of the mural is 2.5 miles away, which on the ocean side provides a warm welcome for visitors flying to Oahu.

Following the opening of the Rainbow Tower in 1968, a gala unveiling of the Rainbow Mural was held celebrating its completion. Hundreds of dignitaries attended including the Governor of Hawaii, John A Burns and U.S. Senator Daniel Inouye. Barron Hilton, then president of Hilton Hotels and son of its founder, Conrad, represented the hotel company at the event.

The colorful artwork has become a celebrity in its own right. It has served as a backdrop for countless movies, TV shows and thousands of vacation photos taken on Waikiki Beach.

In September of 2013, Hilton undertook a $4.25 million dollar restoration to ensure the sustainability of one of Oahu’s signature landmarks. For the reproduction of the mosaics, Hilton contracted United Kingdom-based Johnson Tiles – a company with a long history in both restoration projects and ceramic art tile production.

The restoration project started with the removal of the existing tiles from both sides of the tower. The process of creating and installing the tiles included a detailed tile-by-tile review and extensive photographic comparisons by Johnson Tiles experts, allowing them to perfectly color-match and intricately replicate each of the mural’s pieces. The new mural features more than 31,000 tiles and new LED lighting so the mosaic can be enjoyed at night.

Recognizing the significance of the mural, not just to the hotel but to the people of Hawaii, the restoration team invested considerable resources to ensure the digital tiles produced conveyed the passion and character of Millard Sheets’ original work.

Sheets’ son Tony, who was involved with the restoration project said, “This was one of my dad’s major pieces and I appreciate Hilton’s dedication to preserving this important part of my dad’s legacy in Hawaii.” The new mural also incorporates new artwork by Tony Sheets at the base of the mountainside mural.